First ever team lineup announced, Folcher and Nemet will be the main drivers for the season.

Team livery presented for the first time in GPVWC, black was more than red unlike next years.

Chinese GP and first points in the bag with Folcher's P5

First podium with Jason Muscat who had replaced Folcher earlier. Finished 3rd in Argentinian GP and repeated it at next GP in Spain

Spa, round 17 and Muscat will be first and only til now to give the team a win. He also won in Austria and Mexico 2011. 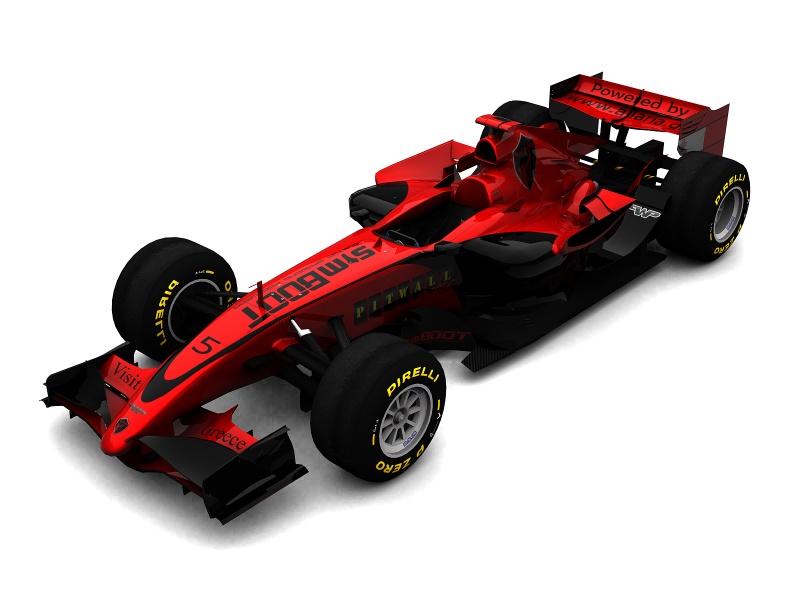 The magical season had started and team announces the historic pair of Muscat - Jundt as race drivers of the season.

After 5 races of exceptional results by both drivers, Muscat climbs the top of the podium again after a dramatic A1-Ring race.

One month later both "reds" step the podium at Bahrain (2-3) and that wouldnt be the last time . . .

A dominating race at Mexico, 1-2 for Jason and David and there they come title dreams.

Red Archer climbs Championship's Olympus, first and only title after last race at Singapore, the best finish for the best team season. 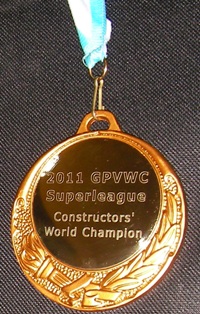 A disappointing season where nothing worked, P6 and team can only now improve !

One more season is over, P4 is not bad at all, great job for GPVWC rookies Deividas Misiulis and Tomm

In 2014 team also got new logo and an artistic car design by Gintas.

Season is about to start, Dovydas Petravicius is the new driver to pair Misiulis, Horrill will be the reseve.

Tommy Hagen has replaced transfered Ben Horrill and comes back as reserve driver.

After 4 races team stands at P6 of constructors having a competitive car once more.

Fran Lopez replaces Dovydas Petravicius for the rest of the season and wins the Turkish GP, the first win for Red Archer after Jason Muscat's Mexico 2011 win.

Season end, P5 for the team, good sum of points, looking forward to rF2 and 2016

Team has had too many troubles getting the drivers into race rythm while team had too many drivers change that costed points and money.

Fran Lopez and Michael Teichmann started the season as race drivers, Mark Hutchinson as reserve. Lopez was the first to go and Daniel Belefield replaced him with Mark doing lots of work filling the other seat occasionally.

Red Archer now stand at P11 with 28 points only, by far the worst season of the team, expecting a good second half to give a boost to P10 or P9 since 2 teams  no longer continue the league (Midnight and Torrent)

Team changed plans, decided to spend points and money for the car and the second half of the season was fantastic !

Car now among the tops in performance, Fran Lopez and Daniel Benefield got several points with top 10s, 2 podiums at Japan and Mexico and a win at Brazil for Fran boosted Red Archer to top half of the standings again for a P6 finish.

Season ended, team will join SL 2017, maybe with other drivers but the same spirit for challenge !

Season not flowing as expected, once more drivers coming and going, 3 primary, 1 reserve and 3 emergencies so far . . . P7 in constructors, an average season but team still wants to get max in last races before the end of season !!

After a spectacular race at Abu Dhabi, Red Archer drivers Geoffrey Fournier and Thomas Hinss finish at P4 and P8 respectively and give P6 to in the final standings

The 2nd best season of the team's histoy has just ended and the duet of Fabio Sixta and Matthias Muuss scored 257 points in 16 races, including 3 wins at Turkey, UK and Italy, boosted team up to P3 in the season end.

Drivers announced, Matthias Muuss will drive his 2nd season with the team partnered by Rait Kilk who had also had some races 3 years ago

After a long and hard season team finishes P5 in constructors with Rait Kilk and Matthias Muuss driving couple podiums and many top 10s !! A good season when P4 was the maximum achievable position.

Season break at Spa finds the Rait and Matthias in top 15 of championship drivers and Red Archer at P7 after several misfortuned races, all hoping for the best in part 2 of the season !

Team is already preparing for its 13th consecutive Superleague entry and after P6 in 2021 target is set higher. German driver Jan Kattau to replace Rait Kilk and partner Matthias Muuss who will stay in the team for 4th season in row.

After 2 races team has finished in points every time, best results P4 for Jan at Imola and P2 for Matthias at Sakhir after a stunning pole position.

After 12 races, with Chris Shepherd replacing Kattau since Baku, Red Archer is at P4, already with more points than 2021 and looking forward for the last 4 races of the season